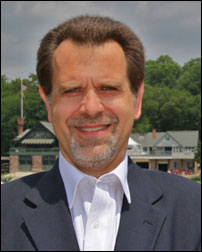 Widely known and respected as a Secure Destruction industry innovator and thought leader, Vasak has played a leading industry role across multinational markets over the past 20+ years. As a senior-level executive in two of the world’s largest Secure Destruction companies, he has a thorough grasp of what it takes to develop and run a highly successful business and how to extract maximum value and synergies from an acquisition.

Representing sellers in the Secure Destruction sector at K-2 Partners, Vasak has achieved a number of record valuations on behalf of clients, demonstrating his ability to present and market a client’s business in a way that yields maximum deal value.

Prior to becoming a founding partner of K-2 Partners, he was already the veteran of 50+ buy and sell-side acquisitions. Vasak held a number of senior management roles in the industry, both in the US and Australia. As President of Iron Mountain Confidential Destruction, he headed up the development and growth of this newly established division and through many acquisitions and greenfield start-ups, taking revenue from $0 to $50 million.

Vasak’s introduction to the Document and Information Management (DIM) industry came when he joined the Recall Corporation in Sydney, Australia and headed up the company’s Intershred shredding operation. Later, as National Manager, he led the business through 10-fold revenue growth and record profitability over a five-year period, resulting from a combination of vigorous sales activity, internal growth and a number of strategic acquisitions.

Subsequently, Vasak was instrumental in the development of Recall’s go-to-market strategy and entry into the North American Secure Destruction sector. He undertook market research, compiled competitive data and developed the initial business plan and roll-out strategy.

Vasak has extensive contacts and relationships throughout the Secure Destruction sector as well as the broader DIM industry. He has been closely involved in the evolution of the Secure Destruction industry through his Board-level involvement in NAID; having held a number of elected posts, chaired or participated in Committees, received numerous awards and acted as speaker or panelist at industry conferences. He has also pioneered the development and implementation of several innovative and industry-leading technology solutions.

Vasak holds an MBA from the MGSM (Macquarie Graduate School of Management) and a Bachelor of Economics (B.Ec.) degree from Sydney University.