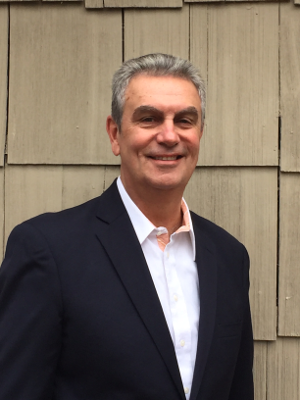 Prior to joining K-2 Partners, Holland was already a highly-accomplished 37+ year veteran of the Document and Information Management (DIM) industry. He started with Leahy Business Archives in 1979 and held numerous management roles with the company throughout the Northeast until the company was acquired by Pierce Archives to form Pierce Leahy Corporation.

In 1990 Holland co-founded Allegiance Business Archives in New Jersey and led the company as President until its acquisition by Iron Mountain in 1997. Holland remained at Iron Mountain and went on to hold a number of increasingly senior field and staff management roles. As Senior Vice President for the Mid-Atlantic area, he managed all business operations in one of the company’s largest and most important regions for many years.

Later, he moved on to staff leadership roles in Revenue Management, Product Management for Records and Information Management, Customer Experience and Industry Relations. He held key positions during the company’s largest growth period, playing a vital part in the evaluation, acquisition and integration of numerous companies.

Having both sold his own business and worked with the industry’s market leader, allows Holland to fully understand both the business owner’s and the buyer’s perspective in an acquisition. He brings a wealth of industry knowledge and business experience to K-2 Partners. He has extensive DIM industry connections, is widely known and highly respected.

In 1994 Holland was elected to the Board of Directors for the Association of Commercial Record Centers (ACRC), which was the predecessor to PRISM International. He held a number of elected roles at PRISM, including Treasurer and Vice President before becoming President in 1999 and Past President 3 years after that. He has remained active in PRISM International through various Task Groups and has also actively supported other industry associations including NAID, AIIM and ARMA. He served on the Board of Directors and as Treasurer for the Northern New Jersey Chapter of ARMA for a number of years.

Holland is a graduate of Iona College, New Rochelle, NY. He holds a Bachelor of Arts, History/Education.