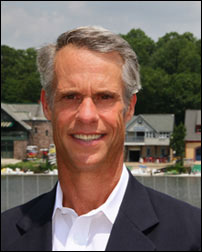 An industry veteran of 30+ years, Miller is widely recognized for his leadership, innovation and contribution to the Document and Information Management (DIM) industry. Prior to forming K-2 Partners, he held a number of senior leadership roles with Iron Mountain, both domestically and globally. As President and COO, he successfully led the organization through the largest merger in the industry’s history.

In a long and distinguished corporate career, Miller served in numerous roles, including Executive Vice President, President and COO and President Asia-Pacific region.

He led the company during the most active period of growth and industry consolidation. During this time of massive change, the company continued to expand rapidly as a result of numerous acquisitions and targeted sales efforts, while at the same time undergoing comprehensive customer, employee and systems integrations and developing and expanding new product lines such as imaging applications and secure destruction.

Previously, Miller had led the company’s Southern Region through a four-year period of intensive growth, as the business under his control doubled in size each year. Later, in his role as President of Iron Mountain Asia-Pacific, he was responsible for the start-up and development of the company’s business in this vast region.

This included the establishment of regional joint ventures and completion of a series of acquisitions to give the company its service footprint. Miller established the Asia-Pacific headquarters in Melbourne, Australia and developed a regional management team. During the first two years of this assignment, he also ran Iron Mountain’s mergers and acquisition team on a global basis.

Since the founding of K-2 Partners, Miller has continued to network and expand his strategic relationships with sellers, investors and buyers within the industry. He has been instrumental in numerous transactions, representing both sellers and buyers as well as completing various consulting assignments.

At K-2 Partners, Miller has been able to leverage his industry knowledge, deal experience and extensive network of professional connections to offer independent industry business owners the full benefit of both his extensive corporate and M&A experience, which to date has included 100+ successful deals.